Get the Latest Roman Empire: Caesar Wars 1.4 Mod APK with Data on our website now. This gorgeous Strategy based app is developed by Ladik Apps & Games. The App comes with the latest version of 1.4 and size of 30M. Moreover, you just require Android 4.1 and up to run the App. We have updated it on June 28, 2020. Grab it now!

Ladik Apps presents the latest Roman Empire free strategy game 'Gallic Wars of Julius Caesar'. We hope you played our earlier Roman Empire games 'Rise Of Rome' and 'Conquest of Egypt'. Now in this game, you will command the expedition of Julius Caesar, great Roman Commander and later the emperor.

As the greatest commander of Roman Republic, Julius Caesar decided to make expedition with his strongest legions and auxiliaries to a Balkan country – Kingdom of Dacia in order to increase Roman power in Balkans and eastern Europe. But when Julius Caesar went to the north, he faced very important problem in German and Gaul lands against Rome. Gaul was not initial target but due to political issues, Caesar changed his route and raided Cisalpine Gaul and Illyricum. It is the one of the missions for you in our game.

You must firstly defeat gauls inside of Italy and you fight against a central italic Gallic countries 'Senones' and 'Samnites'. If you defeat Senones Tribes and The Samnite Republic, you will control central and northern Italy. It is an important march to become an important power in Italian peninsula and central mediterranean sea zone. Of course, Roman Empire did not control central Italy only. Aftermath you will be headed to today's France and Belgium. Firstly annex Cisalpine Gauls. Your fourth target is confederation of Helvetii. It is a confederation of 5 gallic tribes. Your campaign consists of 10 fierce battles against Gallic tribes, confederations and kingdoms. Aftermath of this conquest, wars in Bibracte, Belgae(Belgium), Tungrorum, Alessia, Avaricum and lately the last united Gaul Confederation- Druids.

It is a real time strategy, medieval war game where you will fight all nations located in Italy of Medieval times. Take your sword and shield and lead your army. 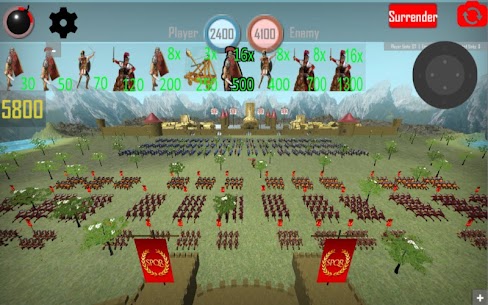 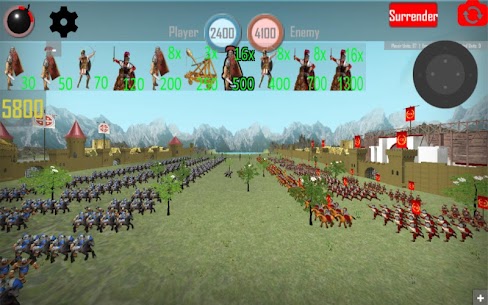